Absence of Accountability: An Analysis of Legislative Engagement on US Foreign Policy – Sarah Kreps, Cornell University

Join us for a colloquium by Dr. Sarah Kreps, where she will be presenting on her paper “Absence of Accountability: An Analysis of Legislative Engagement on US Foreign Policy.” This colloquium is presented by the Global Security Research Hub.

Abstract: Partisanship has become a seemingly permanent feature of the political landscape. Yet theories of legislative behavior suggest that congressional oversight may be one area where the institutional incentives are uniformly and sufficiently strong that neither party has an interest in oversight, thereby muting the role of partisanship. This article advances a novel argument about the effect of ideology on foreign policy oversight and shows that oversight is not a partisan action per se, but is more likely to reside at either of the two peripheries of the political spectrum. These individuals are known by their constituents for heterodox behaviors, and in turn anticipate that they will not pay the cost for oversight actions that their moderate counterparts might incur.  To test the argument, we use advanced computer-assisted analytic methods that parse millions of Congressional statements in ways that provide an unprecedented, systematic study of how ideology affects legislative oversight of foreign policy, specifically the use of armed drones for counterterrorism, a signature feature of American foreign policy.  We find support for the partisan periphery argument, lesser support for the institutional incentives claim related to electoral cycles, and no support for either negative partisanship or partisan loyalty arguments. The findings have important implications for the separation of powers as well as the conduct of oversight and conflict.

Sarah Kreps is an Associate Professor of Government and Adjunct Professor of Law at Cornell University. In 2017-2018, she is an Adjunct Scholar at the Modern War Institute (West Point). Dr. Kreps is the author of three books, including, most recently, Drones: What Everyone Needs to Know (Oxford University Press, 2016).  Before that, she published Drone Warfare (Polity Press, 2014; with John Kaag) on the ethics, legality, and politics of unmanned aerial vehicles.  Her first book was called Coalitions of Convenience: United States Military Interventions after the Cold War (Oxford University Press, 2011) and analyzed multilateral military interventions carried out over the last decade.  She has a fourth book in production with Oxford University Press called Taxing Wars, which deals with the causes and consequences of how advanced industrialized democracies such as the US, UK, and France pay for its wars. Beyond these books, her work has appeared in the American Political Science Review, Journal of Politics, International Security, Journal of Conflict Resolution, Security Studies, Journal of Strategic Studies, Political Science Quarterly, International Studies Perspectives, Foreign Policy Analysis, Polity, African Security Review, the Duke Journal of Comparative and International Law, the International Journal of Sustainable Development and World Ecology, Intelligence and National Security, Foreign Affairs, Foreign Policy, and Polity. Her opinions have been featured in a series of media outlets including The Washington Post, International Herald Tribune, New York Times, Christian Science Monitor, USA Today, CNBC, and Reuters. Dr. Kreps has held fellowships at the Council on Foreign Relations (and is a life member), Harvard’s Kennedy School of Government, and the University of Virginia’s Miller Center for Public Affairs. She has a BA from Harvard, MSc from Oxford, and PhD from Georgetown. Between 1999-2003, she served on active duty in the United States Air Force. 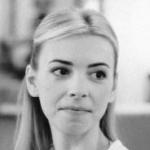