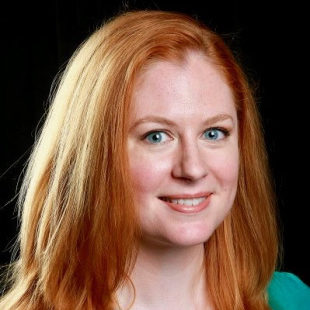 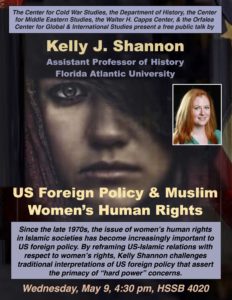 Kelly Shannon argues that since the late 1970s, the issue of women’s human rights in Islamic societies has become increasingly important to U.S. foreign policy. Based on an analysis of a wide range of sources and historical actors—including journalists, academics, activists, NGOs, the U.S. public, Muslim women, Islamic fundamentalists, and U.S. policymakers—Shannon‘s research challenges traditional interpretations of U.S. foreign policy that assert the primacy of “hard power” concerns in U.S. decision making. By reframing U.S.-Islamic relations with respect to women’s rights, Shannon sheds new light on U.S. identity and policy creation and alters the standard narratives of the U.S. relationship with the Muslim world.

The event is sponsored by the Center for Cold War Studies, the Department of History, the Center for Middle Eastern Studies, the Walter H. Capps Center, and the Orfalea Center for Global and International Studies. Fuller descriptions of speaker and talk are appended below, and a flyer is attached.