Science Knows No Gender? In Search of Eunice Foote, Who, 162 Years Ago Discovered the Principal Cause of Global Warming 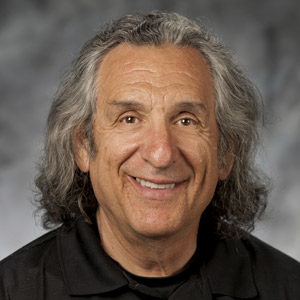 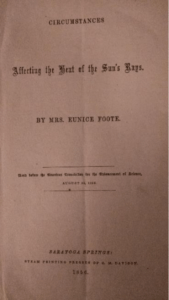 Eunice Newton Foote discovered 162 years ago that carbon dioxide is the principal cause of global warming. She was the first person to demonstrate that CO2 is a greenhouse gas. She also was the first person to recognize that an atmosphere with more CO2 would lead to an earth with a higher temperature. In their own way, her discoveries rank in importance with Darwin’s Origin of the Species for contemporary cultural, and scientific debates and though there are thousands of books written about Darwin, none exists regarding Eunice Foote.

She remains totally unknown to this day solely because she was born a woman. Telling her story today has never been more compelling because it enhances the visibility of women in science, and their significant contributions. Setting the record straight about the importance of women in the history of science counters the mean notion that women are not as capable in math and science as men. Stories of brilliant women in science, such as the one we propose to tell, will empower and inspire.

And it demonstrates the deep historical roots of climate change science: Eunice Foote’s elegant and easily replicable experiments proved 162 years ago that carbon dioxide emissions cause global warming, and they illustrate the consequences of today’s burning of fossil fuels. Foote clearly warned in 1856 that an atmosphere that contains more carbon dioxide will create a much hotter world. As Dr. Joe Incandela, UCSB Vice-Chancellor of Research states, “This important history about Eunice Foote needs to hit the main stage in light of its global warming lessons and its revelations about the history of women in science.” 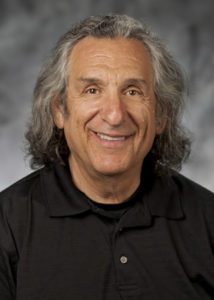 John Perlin has written four highly acclaimed books on solar energy and forestry, among them A Forest Journey: The Story of Wood and Civilization (Countryman, 2005), From Space to Earth: The Story of Solar Electricity (Routledge, 1999), and Let It Shine: The 6000 Year Story of Solar Energy (New World Library 2013, with a Foreword by Amory Lovins).

Harvard University Press has chosen A Forest Journey as a Harvard Classic in Science and World History and as one of the one hundred books ever published by the press that should be on every bookshelf, alongside renowned sociobiologist E.O. Wilson and paleontologist Stephen Jay Gould. After reading A Forest Journey, Nobel Laureate Dr. Walter Kohn invited Mr. Perlin to join the department of physics at the University of California, Santa Barbara to collaborate with him and another Nobel Laureate, Dr. Alan Heeger, on the movie The Power of the Sun, which tells the story of the evolution of the science of light and its role in the development of photovoltaics. The screening of The Power of the Sun at Campbell initiated the solarization of UCSB.

John currently works under a grant funded by the University of California, Santa Barbara, Office of Research to tell the story of Eunice Foote, the women who 162 years ago discovered the principal cause of Global Warming.

Thursday, May 17, 2018, 1 p.m., with comments by UCSB Earth Scientist David Lea, Climate Science Historian Spencer Weart, and others, followed by a reception