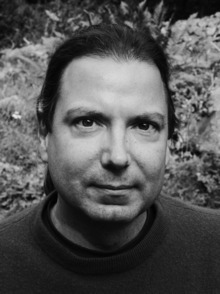 Boike Rehbein, Professor of Society and Transformation in Asia and Africa, Humboldt-Universität, Berlin

The talk presents results of a comparative research project on social inequality in Brazil, Germany, Southeast Asia and India. Focusing on Germany, it argues that contrary to common knowledge, distinct class lines exist that are reproduced over many generations. It shows in detail how the classes constantly transform and at the same time reproduce their relative positions. Furthermore, it addresses the internal differention of classes, the mechanisms of their symbolic reproduction and drivers of change and mobility.

Boike Rehbein (Ph.D. in philosophy, University of Freiburg) is Full Professor of Society and Transformation in Asia and Africa at Humboldt-Universität, Berlin. Before that he was Lecturer in sociology at the universities of Göttingen and Freiburg (1998-2004) and Acting Chair of Sociology, University of Freiburg (2004-2006) where he also directed the Global Studies Programme between 2006-09. He has been Visiting professor at Jawaharlal Nehru University (Delhi), FLACSO Argentina (Buenos Aires), University of Zürich, and National University of Laos.

Recent publications in English include Globalization and Emerging Societies: Inequality and Development, (ed. with Jan Nederveen Pieterse; Basingstoke: Palgrave Macmillan 2009, paperback 2011); Globalization, Society and Culture in Laos, (London/New York: Routledge 2007, paperback 2010). His most recent work (in press) is Critical Theory after the Rise of the Global South, London/New York: Routledge.