Development after Statism: Industrial Firms and the Political Economy of South Asia 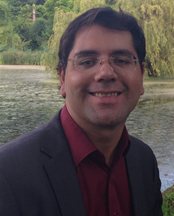 Development after Statism: Industrial Firms and the Political Economy of South Asia

Abstract
Development after Statism discusses contemporary industrial development in a new era of drastically constricted state capacity, from the point of view of the manufacturing firm. It focuses on the following empirical puzzle: India’s industrial economy has been growing quite impressively. And yet, the Indian state has been largely ineffective in its regulation of the economy and its promotion of industry. Agencies of the Indian government have proved unable to provide a predictable macroeconomic environment, to manage capital-labor relations, and to advocate effectively on behalf of Indian industry in world markets. How can Indian manufacturing develop in an uncertain environment without an effective state?

I argue Indian firms are compelled to govern themselves. To increase the predictability of investment, firms invest in structured networks of long-term relationships with other industrial actors: other firms, workers, financiers, agents of the international economy. Depending on manufacturers’ backgrounds and experiences, firms are governed either based on formal rules or personal networks. As a result, firms have been able to regain some certainty for investment and organize production over the long term, but at the cost of national coherence around a single national political economy.

Biography
Professor Adnan Naseemullah is a Lecturer (tenure-track assistant professor) in South Asia and International Relations at King’s College London. He previously taught at Johns Hopkins University and the London School of Economics. He received his Ph.D. in political science at the University of California, Berkeley in December 2010.

His book, Development after Statism: Industrial Firms and the Political Economy of South Asia, will be published by Cambridge University Press in 2016. His broader research interests include comparative industrialization, state capacity, state formation and political order, all in relation to the Indian subcontinent.