Afghan and Kashmiri Frontiers: Feuding and Fighting in Central Asia 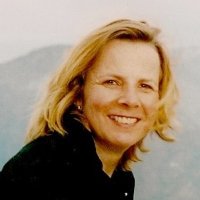 “Afghan and Kashmiri Frontiers: Feuding and Fighting in Central Asia”

BIO
Victoria Schofield has amassed thirty years of professional experience focusing on South Asian politics, both as a historian and journalist with extensive travels in the region. The Soviet invasion of Afghanistan in 1979 provided the inspiration for her book, /Every Rock, Every Hill: The Plain Tale of the North-West Frontier and Afghanistan/ (1984), revised as Afghan Frontier: Feuding and Fighting in Central Asia(2003) and as Afghan Frontier: At the Crossroads of Conflict(2010). She recently contributed to Afghanistan Revealed(2011 & 2013), edited by Caroline Richards and Jules Stewart.

Her other main area of research has been the dispute over the former princely state of Jammu and Kashmir, about which she has written articles and the books Kashmir in the Crossfire(1996) and /Kashmir in Conflict/ (2000, 2002 and 2010).

As a military historian she has written a biography of Field Marshal Earl Wavell (2006) and in 2012 she published /Witness to History: The Life of John Wheeler-Bennett/ on the life of the military historian and royal biographer. Also in 2012 she completed Volume 1 of a two volume official regimental history: /The Highland Furies, The Black Watch 1739-1899/, with a Foreword by HRH the Prince of Wales. Volume 2, covering 1899-2006 when the Regiment was merged, becoming The Black Watch, 3rd Battalion, The Royal Regiment of Scotland (3 SCOTS) will be published in 2016.

She has worked as an independent broadcaster for the BBC World Service in London and New York during the 1980s and 1990s.

Victoria Schofield was educated at the Royal Naval School for Girls, and at Lady Margaret Hall, University of Oxford, from which she holds an M.A. degree in Modern History. She was the visiting Alistair Horne Fellow at St Antony’s College, University of Oxford in 2004-2005.